Nubian was born in 1993 in Montpellier. Passionate about drawing, he quickly learned about urban art, and embarked on illustration studies at IPESAA. Caught up in an overflowing imagination, he decides to interrupt studies that restrict creation more than they favor it. For four years, he devoted himself fully to aesthetic research and line work.
He builds, work after work, a dreamlike universe tinged with strangeness and gentleness. At the crossroads of science fiction and tales and legends, the artist deploys a world populated by hybrid creatures and teeming with strange machines suspended in the air. Sometimes disturbing, but never hostile, this universe offers itself as an invitation to meet its inhabitants, who seem to evolve harmoniously in complete autonomy within their daydreams.
This imaginary world, overlapping with reality, is often inspired by the place lived by the artist. If the city of Montpellier therefore finds a special place in the architectures he erects, it was recently his stay in New York, his first big trip during this winter, that left the mark of the megalopolis in his works. 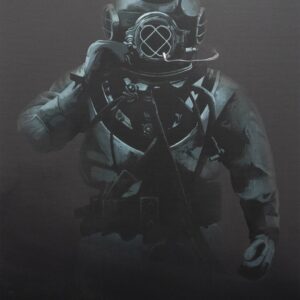 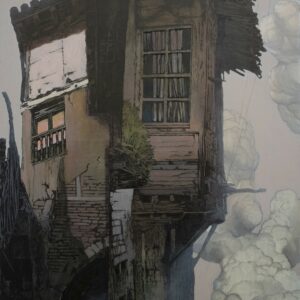 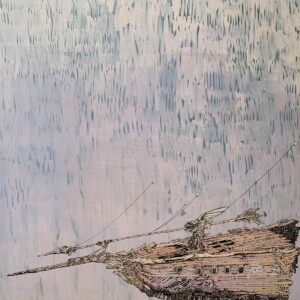 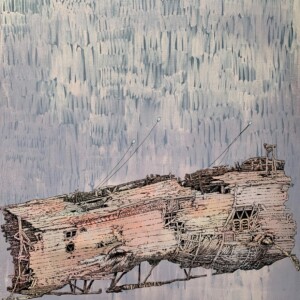 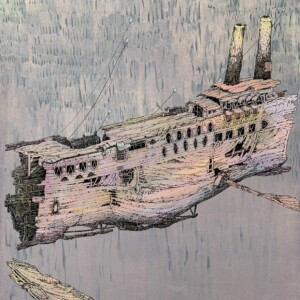 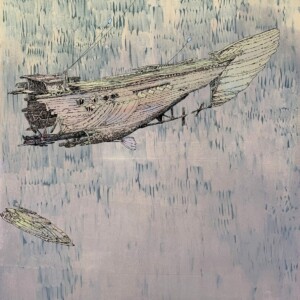 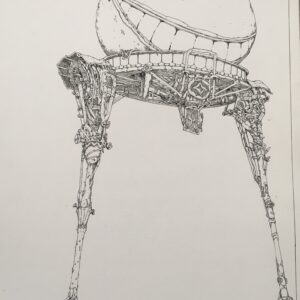 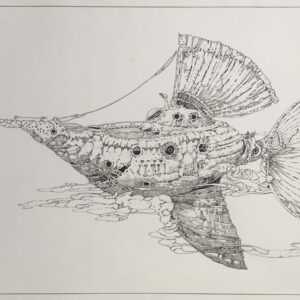 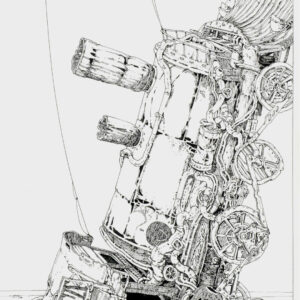 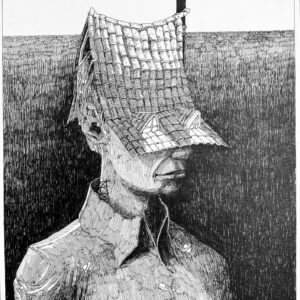 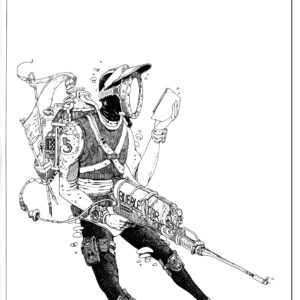 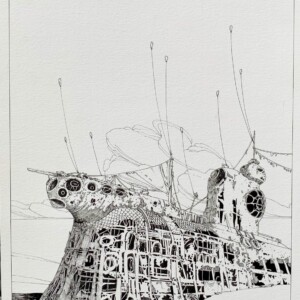