Color, an essence, and gesture, its engine. Franck Noto is the ambassador of a painting that freely descends the long, feverish roads of abstraction. From any idea of ​​aesthetic stagnation, it is with rigor that he works to paint a work that synthesizes its various influences. A work that gives life to a unique and identifiable style. This native of Montpellier practices resolutely abstract painting without losing sight of the first hours of the graph and its ans gurative impulses that saw it grow. 1995, barely 15 years old, so it is with an unstoppable asset, that of drawing, that Franck Noto comes face to face with the first graffiti and tags of a pioneering generation. These perceptible memories of the bomb swaying in the backpack, the retina wandering along the vacant lots, forever shape a young man who sees it as an opportunity to assert an artistic personality already marked by those around him like his  family.
When his father reproduced the Dali at home, it was at a young age that he set about educating his eye and his helping hand, in a self-taught way. Later, with his CT team, he surrounded himself with a fraternal atmosphere and fierce competition that led him to sign frescoes from New York to Noumea and major European capitals. From ever higher walls to more and more numerous projects, the Franck Noto style fades and pushes the classic codes of the graphic to its recesses. Since his workshop, he has been working with this emotion for the first time on a style that convinces even the eternal reluctant of abstract art. His universe is none other than that of suggestion: the letters of his pseudonym, a few cubic shapes here and there, but above all feminine outlines. It is impossible then not to evoke Mode 2 and its characters with such singular attitudes. With absolute mastery of gesture and proportion, the most sophisticated postures follow one another, proof that Franck Noto has for years sharpened a sense of observation. Under her many tools (marker, roller, spray bomb, brush and paintbrush), a woman’s curves are generously magnified, even though she remains elusive in this ot of colors and lines. It is at this precise point that the experimental character of Franck Noto and his attraction to abstraction are expressed.

His compositions revolve around gesture, a contemporary reminiscence of a wild-style graff ant ti that must have marked him. These assured features that intersect with projections of painting, then biting on rigorously applied flats, Franck Noto confronts us here with the culmination of a carefully thought out, almost meditated work. An abstraction of the forms he projects even into sculpture, where he finds a new way to perpetuate his exploratory ambitions. There are some glances at Mist’s work, or Smash 137. Also, the world of furniture design does not leave him indifferent, as evidenced by his collaboration with Philippe Starck in 2014. But talking about Franck Noto’s works obviously accompanies a speech on color, an honorable obsession with him. Franck Noto conjugates colors as if they were words, and gracefully diffuses structured, nuanced, and willingly sparkling visual language. A language now identifiable, invigorating. Admitting a weakness for the fluorescent color, he reveals a remarkable search for color associations by working with gradients or chiaroscuros. From pastel tones to more candid tones, to the point of risking the exercise of black, white and gray, Franck Noto’s compositions catch the eye and keep us in alert with so many harmonies. At the crossroads of the influences he draws from the entire history of art, Franck Noto’s work summons an undeniable technical aspect, a legacy of these long years of constancy and curiosity. His painting enriches the movement of contemporary graphics as well as the collections of painting enthusiasts in the broadest sense. Able to create, to evolve his style and to listen to his own plastic aspirations, one gladly salutes the academic awkwardness of the School of Fine Arts which, in 1999, closed its doors to a young Franck Noto then full of promise. Promises he now honors with talent.

According to Sabella Augusto 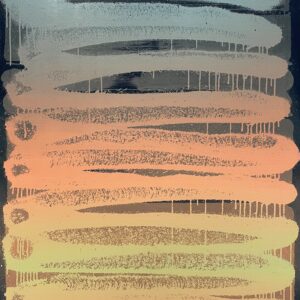 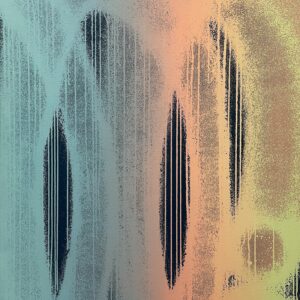 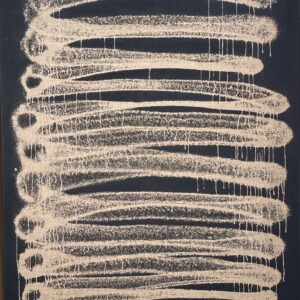 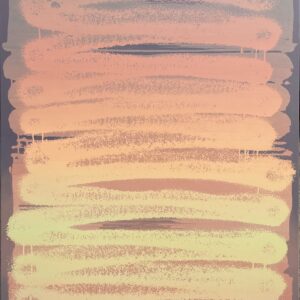 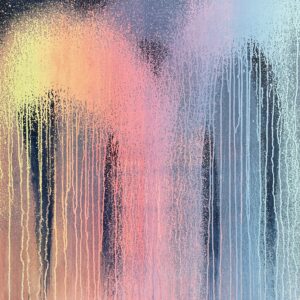