Ratur (FR) was born in Le Havre in 1983. Attracted by drawing and graphic arts, he moved in 2001 to a visual communication school where he met the Rouennais graffiti artist Madkow. It was with Madkow and his brother Sckaro that he produced his first frescoes and founded the MV3 collective. Freelance since 2007, he mainly works in graphic design and illustration but has never let go of the spray and the brushes. His participation in various street art festivals and exhibitions in Europe and the United States gradually pushed him towards a career as an international artist.

Ratur’s figurative work questions the relationships between graffiti artists and the major classical pictorial genres. His very European influences revolve around classical painting, graphics and graffiti. It features characters in a contemporary way, who seem to want to remain anonymous. Despite his realistic approach, he does not try to reproduce reality and plays with different graphic treatments depending on the shots or the depth of field. The hand, omnipresent in his works, often allows us to situate the context and indicates to us what are the intentions or the situation of the character. 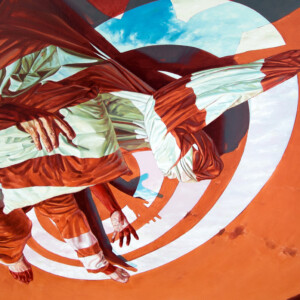 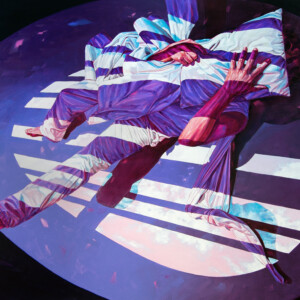